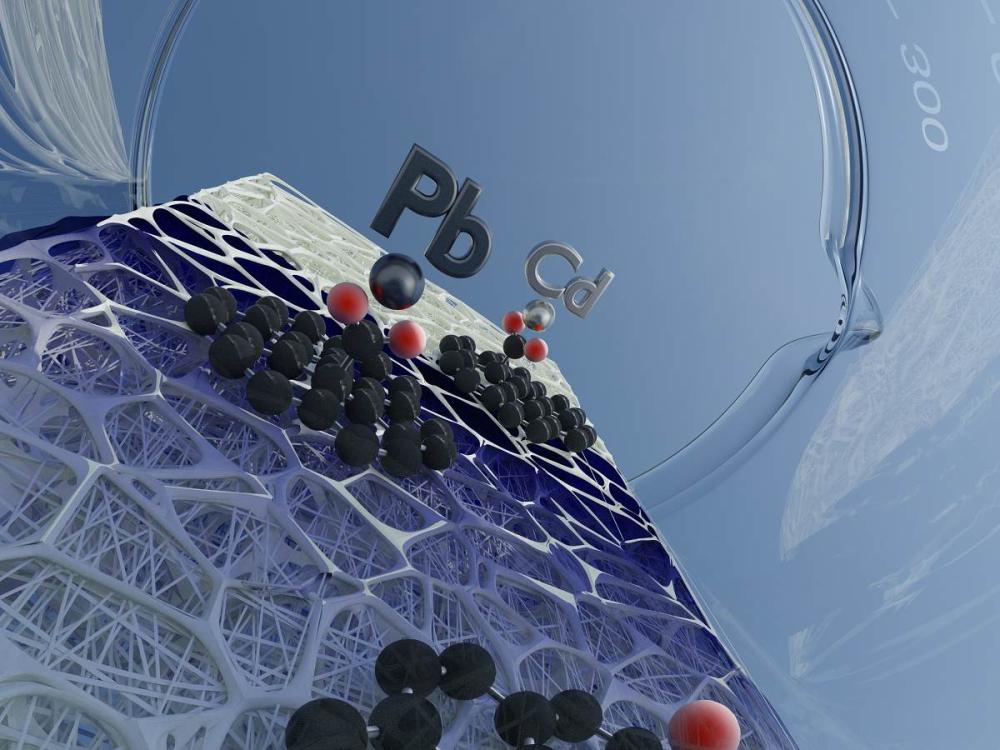 A cheap, efficient, and recyclable nanomaterial that can not only detect but also remove heavy metals, especially cadmium and lead, from water. This is the result of a collaboration between scientists from the Czech Advanced Technology and Research Institute (CATRIN) at Palacký University Olomouc, VSB-Technical University of Ostrava and the Catalan Institute of Nanoscience and Nanotechnology (ICN2) in Barcelona.

Graphene dots, derived from the Nobel Prize-winning material graphene, have already been used by researchers to prepare a paper detector. A simple test will prove the presence of dangerous heavy metals without the use of expensive instruments in about 30 minutes.

Wastewater contamination from industrial activities is a pressing issue today, with lead and cadmium, along with mercury, being among the most toxic heavy metals. Their discharge into the environment causes extensive damage to aquatic ecosystems and contamination of agriculture. In humans, long-term exposure to these heavy metals can lead to organ and vital function failure; their carcinogenic effects have also been proven.

“It is very important to have low-cost technology that can detect these harmful substances in the water, even in small quantities and at the same time remove them elegantly and quickly. The newly developed material can do both - in the form of a paper sensor it reliably identifies cadmium or lead and then in the form of nanoparticles it removes these metals efficiently. This is the direction modern technology is heading. A similar approach is being taken in medicine, for example, where the same substance in the body diagnoses a disease and subsequently cures it,” said one of the authors of the research, Radek Zbořil, who also works at the Nanotechnology Centre, one of the parts of the Centre for Energy and Environmental Technologies at VSB-TUO. The results of the research have been published in the journal Small and the scientists have already applied for a patent for the discovery.

Graphene dots are, among other exceptional properties, capable of photoluminescence. This means that they glow when irradiated. It was this property that played an important role in the research. “We have found that if cadmium or lead is bound to the surface of our sensor, the photoluminescence is extinguished. This allows us to detect the metal, even in very small amounts, many times lower than the limits allowed by the European Union for the content of these elements in drinking water,” said the first author, David Panáček from CATRIN. The disadvantage of existing technologies used for detection of heavy metals is the need for special and expensive technical equipment and trained staff. To avoid this complication, the scientists have developed this unique paper detector. “The base consists of a cheap chromatographic paper on which we have applied the nanomaterial. Such a detector is extremely cheap and easy to use. After immersing the paper into the water, we can tell with the naked eye whether heavy metals are present in the water or not,” explained Panáček.

The new material has a number of advantages compared to materials that are already used to detect heavy metals in water. The most important one is the ability to not only detect heavy metals in water, but also to remove them. “The developed material can be reused – it is recyclable. In addition, it is a carbon material that is non-toxic to the environment and there is no problem in producing it on a large scale. It could be used in the form of filters to prevent contamination of water with dangerous lead or cadmium,” added another of the authors, Michal Otyepka from CATRIN and the IT4Innovations National Supercomputing Center at VSB-TUO.